“Change is the end result of all true learning - Leo Buscaglia". People always get bored from usual routine or you can say change is a human tendency. If you are from one of these people then you are at the right platform where you can learn how elixir can change your career path. Elixir is the fastest growing functional programming language as other programming languages. If you are lurking and sulking with your current programming technology and seeking for a new language to learn then you can proceed in Elixir. Before proceeding with differences, let's first discuss a little brief about Elixir and Nodejs.

Elixir as a programming language: As per the definition, Elixir is a Functional programming language which is dynamic and designed for creating scalable applications. This language allows to create of maintainable application in which syntaxes are simple, modern and tidy. Elixir was built by José Valim in 2011 who is also a developer in the open source area.  Why Elixir ?

Related read: How Elixir Continues to rise in 2020

Node.js as a programming language: An open source, JavaScript run time environment written in JavaScript to implement the code outside of a web browser. Initial version of Node.js was released in 2009 by Ryan Dahl. It is designed to build scalable network applications. Why Node.js?

Google trends of Elixir vs Node.js

As per the Google trends of past 12 months, both languages are acceptable at the same level with different technical aspects.

Well, Its hard to describe the differences in between Elixir and Node.js because both languages are equally interesting and supported by developers. In the below chart we have shown some differences on the basis of technical parameters.

From above mentioned chart we can see that Node.js and Elixir react differently as per the technical parameters.

In conclusion, it is quite difficult to say which language should be chosen because every language has its functional metric which creates huge differences in web application. Therefore, we have mentioned all the metrics on which basis you can choose a language to build the required solution. 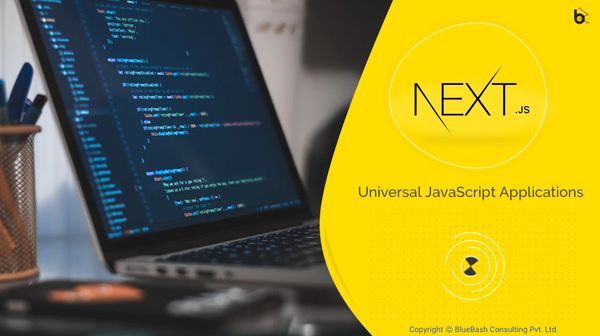 Introduction: Next.Js is a react framework to design server-side rendered react applications. It is open-source and compatible with Windows, Linux, and mac. In simple words, IT can create SEO-friendly websites, Static applications/ User Interface and User Experience both are key fields of designing. Both term looks similar however both are entirely different. Let's discuss in detail; what is user interface design and what is user

Bluebash Blog
—
Elixir vs nodejs: Difference between elixir and nodejs
Share this